The birth of Urbaser Environnement

2002: The Urbaser group acquired the French engineering firm Valorga International, located in Montpellier (Hérault) and specialised in the design engineering and construction of household waste treatment facilities implementing the methanisation of the organic fractions contained in household waste. Valorga, created in Montpellier in 1981, was the first company in the world to imagine, design, develop, and implement a household waste methanisation process on an industrial scale.

Consequently, the household waste methanisation plant located in Amiens (Somme) was designed, built, and commissioned in 1989 by the Valorga teams. More than 25 years after its commissioning, this facility, uncontested global pioneer, continues to operate much to the satisfaction of the public community. This acquisition of Valorga by the Urbaser group marks the first step of the Urbaser group’s presence in France.

These successes reflected not only the quality, notably technical, of what the Urbaser group had to offer but also the value for French communities in opening the market up to a new and internationally recognised stakeholder.

End of 2005: Urbaser and Valorga International created Urbaser Environnement, a subsidiary of the Urbaser group, to sustainably develop Urbaser group activities in France.

Creation of a "Urban collection and Streets' cleansing" activity

2005-2015 : Since then, Urbaser Environnement has experienced constant and steady growth on the French market, on the one hand, of its “Treatment” activity with new contracts to design, build, and operate household waste treatment facilities (Calais, Chalosse, Château d’Olonne, etc.) and, on the other hand, with the 2007 creation of a “Urban collection and Streets’ cleansing” activity, which earned it numerous contracts for the collection of household waste and the cleansing of public spaces.

2016: In December, the Urbaser group was sold to a Chinese consortium, composed of the China Tianying Inc. (CNTY) group and several Chinese state-backed investment funds. This reorganisation is an opportunity for the Urbaser group in particular to significantly develop its activity on the Asian market, reinforce its presence on its own markets (Europe, Central America, South America), and continue its growth on the American market.

Created in 1984, CNTY is a listed company with a current market capitalisation of 1.3 billion euro. With 1250 employees, its core activity is in the environment and energy fields, notably in the construction and operation of waste incineration facilities, power generation facilities, wastewater treatment facilities, and the manufacture of industrial equipment.

Consequently, by the end of 2017, the activity of the Urbaser group in France, which in 2005 represented a turnover of 5 million euro and about 30 employees, represented a turnover of close to 149 million euro and more than 1 100 employees in 2018. Bolstered by this significant internal growth, Urbaser Environnement strengthened its organisation and structured itself since its creation in 2005 while building on the strong technical culture of its parent company Urbaser SA as well as of its subsidiary Valorga international. The human-scale company maintained the flexibility of a “medium company” but benefited from the financial solidity of its Urbaser SA and CNTY shareholders. 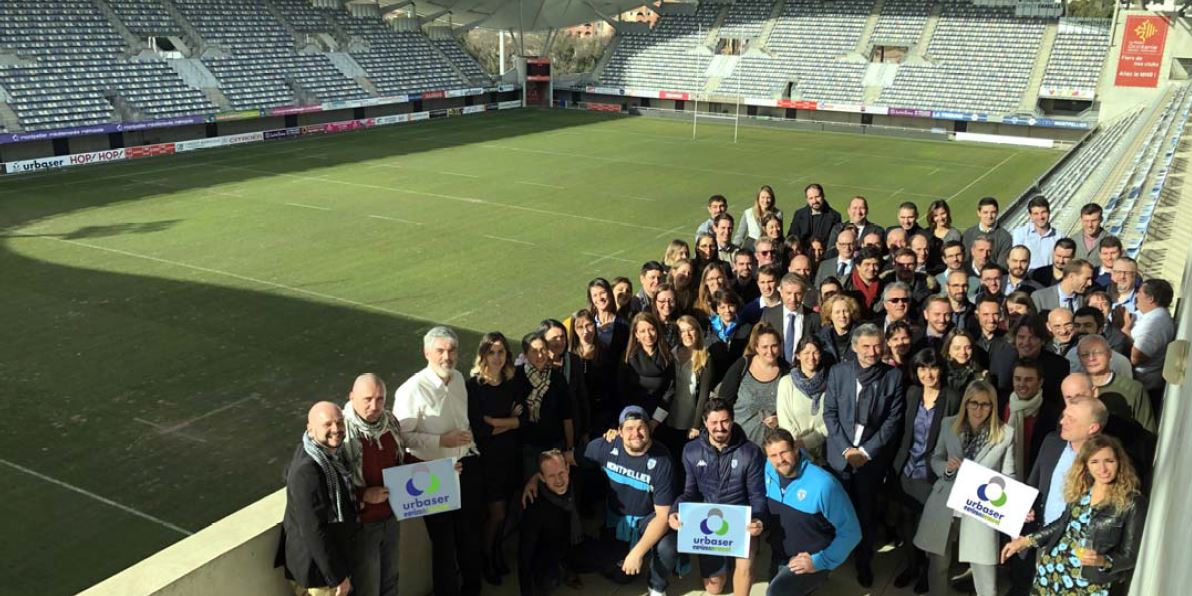