On last 16th May, in the presence of Natacha Bouchart, Mayor of Calais and Vice‐President of the Hauts‐de‐ France region, Claude Saint‐Joly, Président and CEO of Urbaser Environnement and President of Octeva, and Guy Allemand, President of SEVADEC, took part in the laying of the first stone at the inaugural ceremony of the future MSW treatment plant.

Over 170 people attended the ceremony, including local officials, and personnel from SEVADEC, Octeva and partners companies.

It symbolizes a major stage in the project, namely, the administrative authorization to operate, stage which has occupied all the teams in our group as well as those of SEVADEC since June 2017, when the contract was awarded to our consortium, which is comprised of the following firms:
The new plant, which will be built within the next 16 months, followed by a start-up period and then an operational period of almost 5 years, will upgrade around 52,000 t/year of waste composed of :
The treatment scheme will result in the production of: 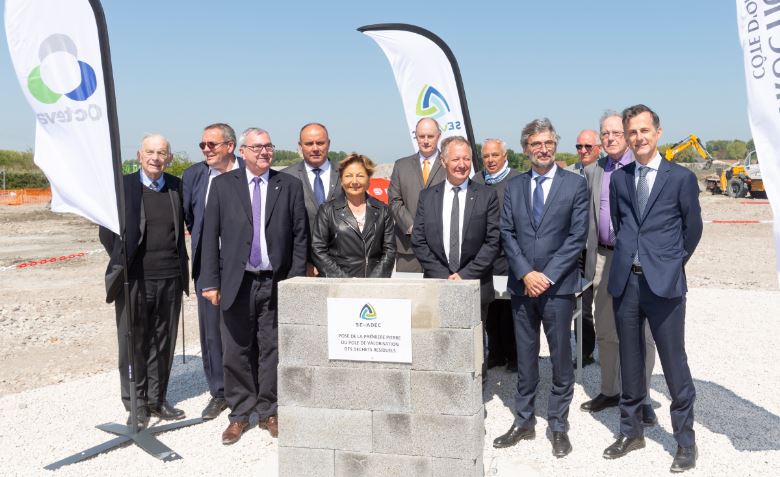 During his speech, Claude Saint-Joly reminded the audience “that the processing of the organic fraction of household waste through a  sorting-methanization unit, with the production of biogas that will be reinjected into the natural gas network, including the upgrading of this organic fraction as a high quality organic amendment, with the combined production of high quality RDF to be used in the cement industry, is not only compatible but also complementary with the development of the biowaste source-separative collection. In this respect and more globally, this plant will be a pioneer of an innovative and optimal MSW treatment system, in particular when the local authorities have decided to reject the incineration solution". 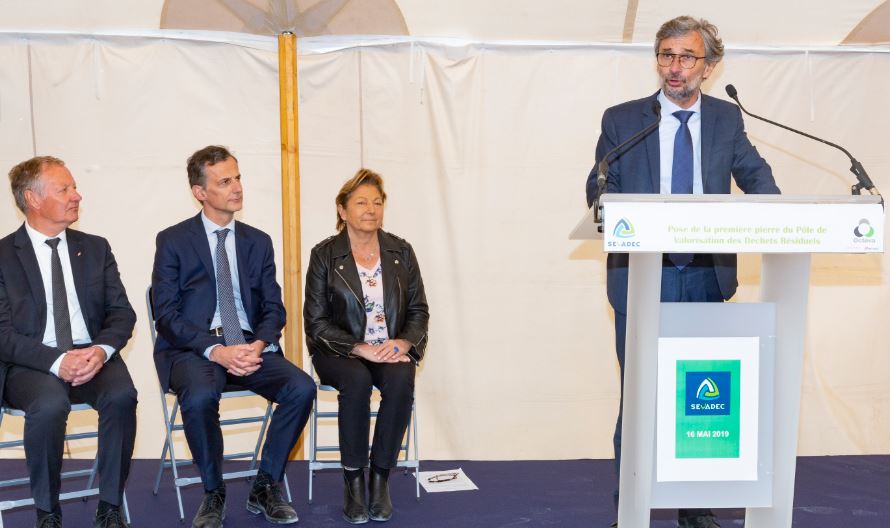 Guy Allemand noted in particular that the new plant will positively complement the SEVADEC existing Recycling Centre (comprised of a packaging recycling plant and a biowaste anaerobic digestion facility), increasing the current rate of waste recycling from 54% to 92%, and making SEVADEC one of the most efficient public entity in the national territory. The President also noted that SEVADEC’s main strength lies in the unity of its elected members, who have always managed to combine both pragmatism and innovation in order to meet performance targets and preserve the environment.

Natacha Bouchart acknowledged the work achieved by Guy Allemand and his Director, Laurent Letren, and reminded the audience that the project, which represents an investment of 40 millions euros, which has been partly economically supported by the Grand Calais Terres & Mers public entity and by the Hauts-de-France region, is a pioneering waste management tool that will help to boost ecology, economy and employment.